Date Masamune (family name: Date) build his castle in Sendai in 1600 and was important in the growth and development of the city. Masamune was actively trading with Europe and even sent Japanese delegations all the way to Madrid and Rome. He was both a legendary leader and warrior but he may not be such an icon even today if it weren’t for his missing eye and the crescent moon helmet. Other leaders may have united Japan, but Masamune is instantly recognizable.

He served Toyotomi Hideyoshi who finally united Japan, and even took part in the ill-fated Korean invasions. After Hideyoshi’s death, he supported Tokugawa Ieyasu. A wise choice since it was Ieyasu who emerged victorious out of the Battle of Sekigahara. Still, neither Hideyoshi nor Ieyasu ever trusted Masamune completely. Masamune was a powerful daimyo and as such a potential rival who also had contacts with foreign missionaries.

Zuihoden is the place where he, his son and grandson are buried and it’s one of the stops on the Sendai Loople bus. The mausoleum was constructed in the architectural style of Monoyama and is an impressive sight. It burned down during the war however and what you can see today is a reconstruction from 1979 and 2001.

Fortunately, their skeletons and burial accessories were recovered. The accessories and a documentary are shown in the Zuihoden Museum. 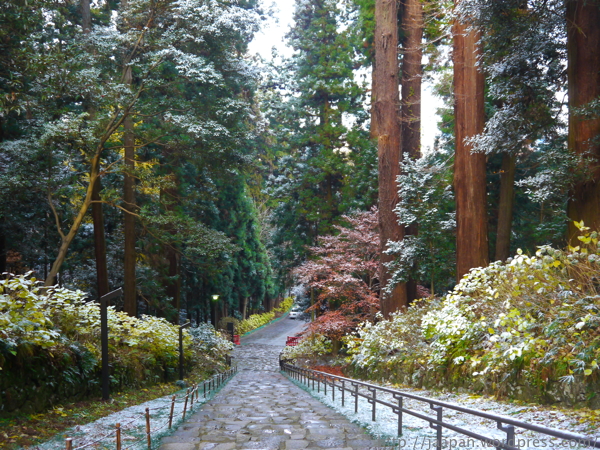 Despite not being in the mountains, Zuihoden has a serene and detached feel to it. It is surrounded by Japanese cedars.

Note: The Date Masamune statue at the top of this blog post is near the Sendai City Museum, another stop on the Loople.