If there’s one place in Seoul that comes close to Tokyo’s Akihabara, it’s Yongsan. After I had discovered that they didn’t have MiniDV tapes in the convenience stores I planned a trip to the Yongsan electronics market.

While Yongsan is every bit as geek-y as Akihabara, there aren’t any cosplayers, maid cafes and game arcades. The market mainly consists of dozens of small shops, with some of them situated in underground shopping malls. If you just walk the streets you will never see all stores plus you would miss Apple authorized resellers who sell mainly Windows notebooks.

The (Windows) PC is clearly the dominating platform. Lots of stores sold alternative cases (there is apparently no limit to the ugliness of these), fans, motherboards, RAM, harddisks, CPUs, … Other shops specialized in notebooks and there were some sub-notebooks on display.

Also on display, but on movable stands, were DVDs and games. Gosh, I never thought that Disney-DVD’s cover are that bleached out 😉 I’m not going to say that they were pirated. I guess it’s just a coincidence that all DVD covers were bleached out. 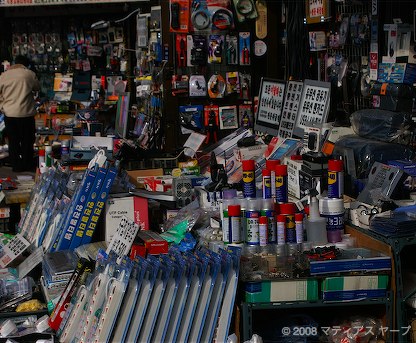 Oh, and a lot of dealers don’t put the price onto their product. Thus I only bought some MiniDV tapes so that I don’t run out of video tapes until I leave South Korea. 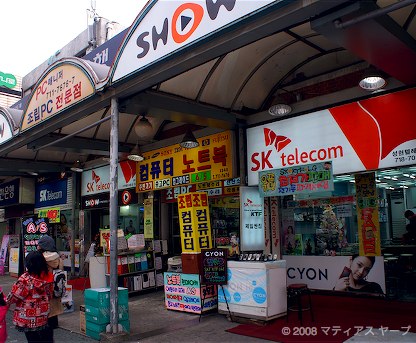